My name is Raffaello Hendrickx and I make Native American Style Flutes. I find a lot of joy and satisfaction in crafting these instruments and I'm happy to say that over the years I developed a flutemaking process that makes people around the world fall in love with this magical instrument. But first, let me show you who I am and what the Native American flute is to me...

A visit from Kokopelli

A couple of years ago, I was participating in an indigenous medicine ceremony. It was during this ceremony that, with my eyes closed, I saw a man with long hair playing a flute and dancing around in circles.

At the time I didn't play or even know the native flute, and I didn't make too much of all what was happening. There were no flutes being played, and certainly nobody was dancing.

But after this ceremony I was so moved by the beauty of the music I heard, that I decided to learn how to play an instrument myself.

Two weeks later, after looking at some instruments in a music store, I picked up a Native American Flute. By now I had already forgotten about the little dancing man. I took the flute home and promised myself to master it. So when I left to travel in South America, I took this flute with me.

During my travels I played my flute every single day. But one particular morning while playing at an organic farm, a small clay man caught my attention. It was an image of a fellow with long hair, dancing and playing a flute. Suddenly I remembered my vision from the medicine ceremony. So I asked the owner of the farm who this clay figure was. 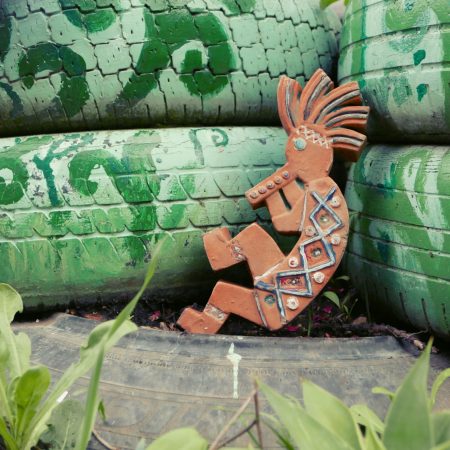 The owner explained to me that this image was Kokopelli, a mystical spirit from the indigenous cultures, always playing his flute. He told me that he started playing the Native American flute after he came across Kokopelli's spirit one day.

Only then I came to realize that this spirit had also visited me during my medicine ceremony, and that it was Kokopelli who thought me to play the flute, and brought me to the place I was at now.

Next thing, the farm owner took out a bag and lay its content out before me. He had seven flutes in there, one for each musical note. I played all of them, losing myself in their sound and filling my heart with joy.

The farm owner told me that the craftsman who made these flutes lived far away, but it was on my route. So without further thinking I decided to visit the flutemaker to learn more about Kokopelli, and the art of Native American Flutemaking.

When I first entered Omar's flutemaking workshop it felt like coming home after long travels, even though here in Lima, Peru, I was further away from home than ever. The pleasing smell of wood dust and the sound of newborn flutes made me feel completely present and calm.

Omar had been making flutes for about a decade and his flutes played extremely well. He had learned from a master himself, and after getting to know each other, he agreed to teach me as his student.

When I was with Omar in his workshop time didn't exist. We started early in the morning and went on making flutes until late in the evening, often forgetting to even eat or even drink. I didn't have his experience yet, but we shared the same level of passion.

I feel forever grateful for having had such a wonderful teacher. Because next to being a master artesan, Omar is also a very patient and humble person. He passionately thought me his art of flutemaking without ever expecting anything in return. I strongly believe in developing further the human values I felt in him, of humility, excellence and giving.

Blessings from the Sacred Valley

After my time with Omar my travels led me to a small village in the Sacred valley of the Incas. This breathtaking valley lies high up in the Andes next to Cusco in Peru. It's truly a magical place and many legends have their origins in the Sacred valley.

Here I decided to make my new home and start my own workshop, providing for a modest life. I started crafting flutes all day, and people started showing op from everywhere to play my flutes. In the back of my mind, I knew Kokopelli was by my side, showing me his path full of music and wisdom. 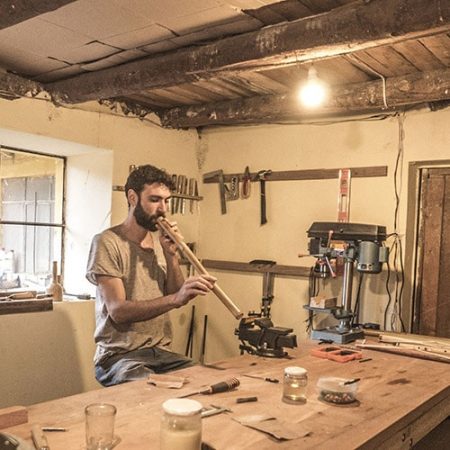 In the sacred valley, high up in the Andes, my wife and I had our first child. But Matteo's birth came prematurely and his lungs didn't cope with the thin mountain air. The only option we had for giving him a healthy life was to move back to sea level, where Matteo could breathe normally. Life couldn't be more clear.

So in 2019 my family, my flutes and I, moved back to Belgium. This is where we grew up and where we are still living today with our healthy little boy (and since 2020, even two little boys). 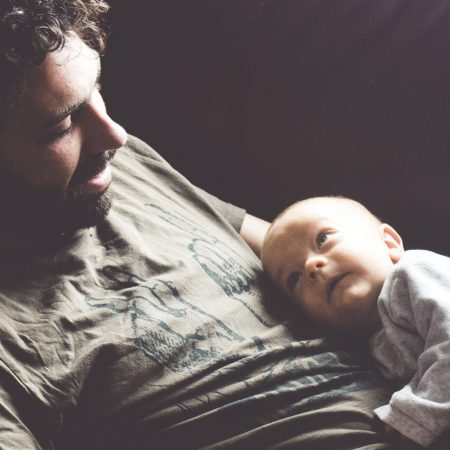 Ever since moving back to Belgium I have my workshop installed here. And my flutes seem to like their new home. Things are very different here in the West and I learned many new skills that further improved the quality of my instruments, for which I am very grateful to Matteo.

The path I've chosen has given me many reasons to be grateful, and even more to be happy. Discovering and being able to share music with people form around the world is, next to becoming a father, the greatest gift I could have ever imagined. I hope you enjoyed reading this as much as I did writing it and who knows, maybe one day we'll connect.

If you're interested in knowing more about my flutes and my family's story, feel free to subscribe to my newsletter.